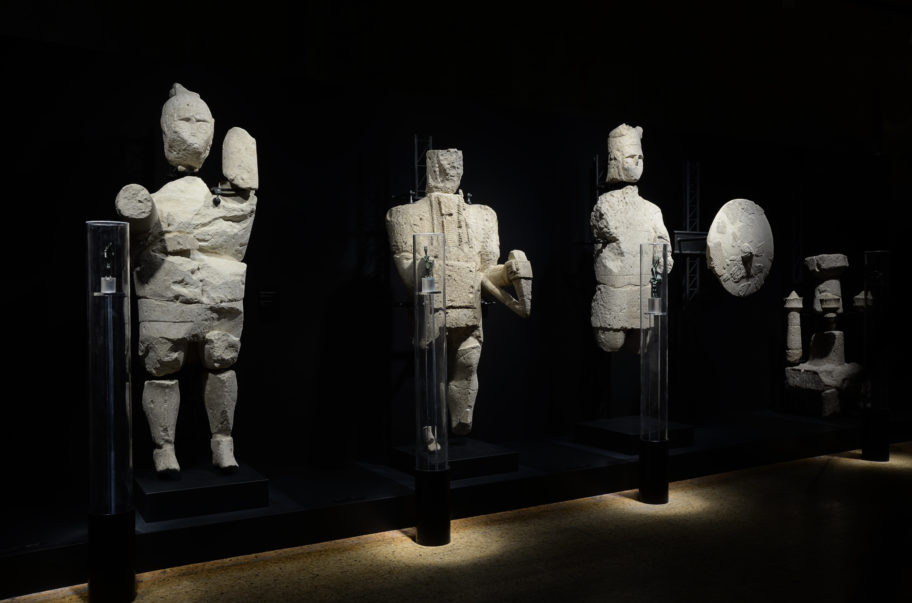 Top 10 Museums to Visit in Sardinia

The museums to visit in Sardinia are numerous and cover various aspects: historical, cultural and literary, archaeological, artistic, musical and more.

So if you are passionate about one (or more) of these issues then this article is bound to hold some interest for you, as Villas Sardinia Italy present the top 10 museums to visit in Sardinia.

The best museums in Sardinia can be visited in any season and at any time of year, so they are not subject to seasonal restrictions.

Some museums extend the opening hours and visiting times in good weather, some even until late in the evening, but all can be visited in autumn, winter and spring.

So,  fasten your seat belts and let’s start our journey to uncover the top 10 museums to visit in Sardinia!

Located inside the spectacular Castello dei Doria, the Museo dell’Intreccio is an incredible collection of handcrafted craftsmanship created by weaving plant fibers from all over the Mediterranean area.

The handmaidens of Sardinia have expertly woven fine fibers resulting in an array of beautiful baskets, sieves, traps and mats and it is also possible to admire and purchase these handicrafts in the many gifts shops in the historic center of Castelsardo.

Besides these masterpieces of craftsmanship, in the museum there are also historical objects and furnishings ranging from religious to everyday life.

Do not miss the chance to completely explore the Castello dei Doria (In winter the museum closes at 7 pm whilst in the summer the hours are extended until midnight) and discover other attractions inside the Castelsardo Castle, such as the Diocesan Museum of Art Sacred and Permanent Exhibition of Magic, Sorcery and Holy Inquisition.

Address: in the Castello dei Doria in Via Marconi – 07031 Castelsardo.

An eminent place among the best Sardinian museums is reserved for the Casa di Garibaldi.

The Hero of the Two Worlds (Giuseppe Garibaldi)  landed in Caprera, island of the Maddalena Archipelago, for the first time in 1849 and then returned there in 1856, when he first bought a part and then the entire island of Caprera and here he decided to live the last decades of the his life until 1882 when he died.

Located here is his tomb and the White House now used as a museum.

Furniture, paintings, portraits, weapons, flags and other memorabilia all distributed in the various rooms of the House; in the room where Garibaldi died, he could see the sea and Corsica in the distance and the clock was stopped at the time of his death. In Aggius, one of the 6 villages awarded the Orange Flag in Sardinia by the Touring Club, is the largest ethnographic museum in Sardinia.

What does ethnographic mean? The ethnography is the study of the people of the earth, from the Greek the literal meaning is “description of the people”, and therefore the ethnographic museum of Aggius is the greatest treasure of Sardinia that contains the traditions, culture and history of the Gallurese people from 1600.

With the background of the intertwining choral singing, we visit the large exhibition spaces with the reconstruction of the traditional house, the costumes of the time, the ancient crafts (cork, granite, the work of the shoemaker, the blacksmith, the carpenter and so on).

The MEOC also hosts the Permanent Exhibition of the Aggese Carpet and in a dedicated room we witness the demonstration of the weaving of this precious artifact.

At Aggius it is recommended to visit the Museum of Banditry to know the period of murder, theft of cattle and ambushes that has cursed the Gallura area for about 3 centuries, from the mid-sixteenth century to the mid-nineteenth century. The Multimedia Museum of Canto in Tenore di Bitti was inaugurated in 2005 and allows the visitor to discover a unique song in the world –  which is the traditional song of “tenores”, included among other things by UNESCO among the Oral and Intangible Heritage of Humanity for its beauty and uniqueness.

The origins of the tenor chant are uncertain and can be traced back to the pre-Nuragic era: the voices imitate the bellow of the ox, the bleating of the sheep and the direction of the lamb while the soloist plays the man who managed to dominate nature(!)

The museum combines tradition and multimedia in 4 rooms: the first has stations with screens and headphones, the second has four audiovisual columns placed in a circle (the same arrangement of those who perform the song), the third has numerous CDs to teach the differences of songs from every part of Sardinia, and finally the fourth room has video clips. The Museum of Mediterranean Masks is dedicated to the masks and costumes of the carnival in Barbagia and other areas of the Mediterranean (Spain, Croatia, Upper Italy among others).

The Museum is located in Mamoiada, a barbaric village famous all over the world for the Mamuthones and Issohadores masks, figures that stand out for their different role inside the procession: the Mamuthones proceed slowly, almost tired, and advance by shaking in time the bells, while the Issohadores animate the parade, giving orders to the Mamuthones and throwing their lassos into the crowd capturing young women (all in good humour!).

The guides of the Museum of Masks will tell you the oldest traditions and meanings not only of these masks but also of all the others represented, such as Boes, Merdules and Filonzana di Ottana and the Thurpos of Orotelli. Iglesias, as well as the whole area around it, is one of the most important mining basins in all of Italy, and the Museum of Mining Art was created to teach about the scientific and cultural aspects of this reality that saw its birth around the middle of the nineteenth century, seeing great development until the First World War and then a slow decline until the 60’s that led to the closure of companies operating in the sector due to the market crisis and the collapse of the value of metals and minerals.

Now, the mines and their archaeological-industrial remains, and have a great historical, social and cultural interest and the Museum of Mining Art was born with the aim of making known this reality that has marked for more than a century the whole area of ​​the Sulcis -Iglesiente.

And the Museum was inaugurated in 1998 and is set up in the subsoil of the glorious Mining Technical Institute with galleries of 400 meters that were used by the students of the institute as a laboratory (and in the Second World War these tunnels were anti-aircraft shelters). Always linked to the mining world, one of the museums to visit in Sardinia is the Carbone Museum in Carbonia, a city founded in 1937 at the behest of the Fascist regime.

The educational museum is located in the Serbariu mine, a mining site active from 1937 to 1964, which, following the closure of the plants, rapidly deteriorated until it was converted into a museum in 2006.

Because of its historical and cultural importance, the museum is part of the ERIH, the European Route of Industrial Heritage, a European network of industrial archaeological itineraries.

For what this has represented for the local community, the Museo del Carbone is one of the most touching and exciting museums in Sardinia because it is a very important piece of Sardinian history linked to the mining activity of the Sulcis mines where miners flocked from everywhere around Italy making many sacrifices in a dark and unhealthy environment. The headquarters of the Deleddiano Museum is the birthplace of Grazia Deledda.

Grazia Deledda (1871-1936) was a Sardinian writer, born in Nuoro, winner of the Nobel Prize for Literature in 1926 (the first Italian woman to receive this recognition). Fifth of seven children, she was a completely self taught writer, but fundamental for her literary education was her friendship with the writer from Sassari –  Enrico Costa.

She started sending some of her stories to a Roman publisher in 1888 and from there she started her career which would eventually lead to the Nobel Prize.

Her birthplace has been used as a museum in the historic center of Nuoro and is a palace dating back to the second half of the 1800s and the museum was established in 1983.

It is divided into 10 rooms in 3 floors and are divided thus: the Nuorese social environment of the time, the kitchen, the pantry, the writer’s room, a room of memory, a room related to the Roman period, and a room dedicated to the Nobel Prize. Finally, you can admire the courtyard, with 2 old oaks, now a summer venue for cultural events. The Sinis Peninsula is one of the areas of greatest historical interest in Sardinia thanks to its ancient history.

In fact, the famous Giants of Mont’e Prama, found in the ’70s in farmland near Mont’e Prama, carved in local sandstone with height varying between 2 and 2.5 meters, are just some of the most important findings in the Sinis.

And to understand the history of the Giants of Mont’e Prama it is essential to visit the Giovanni Marongiu Civic Museum in Cabras.

The museum was inaugurated in 1997 and houses numerous archaeological finds from the millenarian history of the Sinis area. It starts from prehistory (Neolithic and Copper Age) and reaches the Roman age.

Important to see is the section reserved for Tharros, documented by ceramic and stone materials from the Roman and early Christian ages. It is not by chance that we insert the National Archaeological Museum of Cagliari immediately after the Civic Museum of Cabras because here are kept the best statues of the Giants of Mont’e Prama.

The National Museum of Cagliari is the largest archaeological museum in Sardinia and has been located  in the Citadel of Museums since 1993 but originated from 1800 when Lodovico Baylle proposed to the viceroy Carlo Felice to create a museum to collect the archaeological evidence of the island, a project which saw the light in 1802.

The materials and exhibits on display date back to prehistoric and Byzantine eras and are spread over 4 floors.

On the first floor we start with findings that represent prehistoric Sardinian cultures starting from the Neolithic, we continue with the Nuragic civilization and with a collection of bronze statues and we end with the Punic and Roman civilizations.

The other floors are dedicated to specific archaeological sites such as the nuragic complex Su Nuraxi of Barumini, the Sanctuary of Antas, and the Phoenician cities of Sulci and Monte Sirai.

From March 2014 it hosts the exhibition Mont’e Prama 1974-2014 dedicated to the homonymous statues. We have arrived at the end of this wonderful overview of the best museums in Sardinia and to be sure that you are always updated we invite you to follow us not only on our blog, but also on our facebook page.

We are waiting for you in Sardinia!