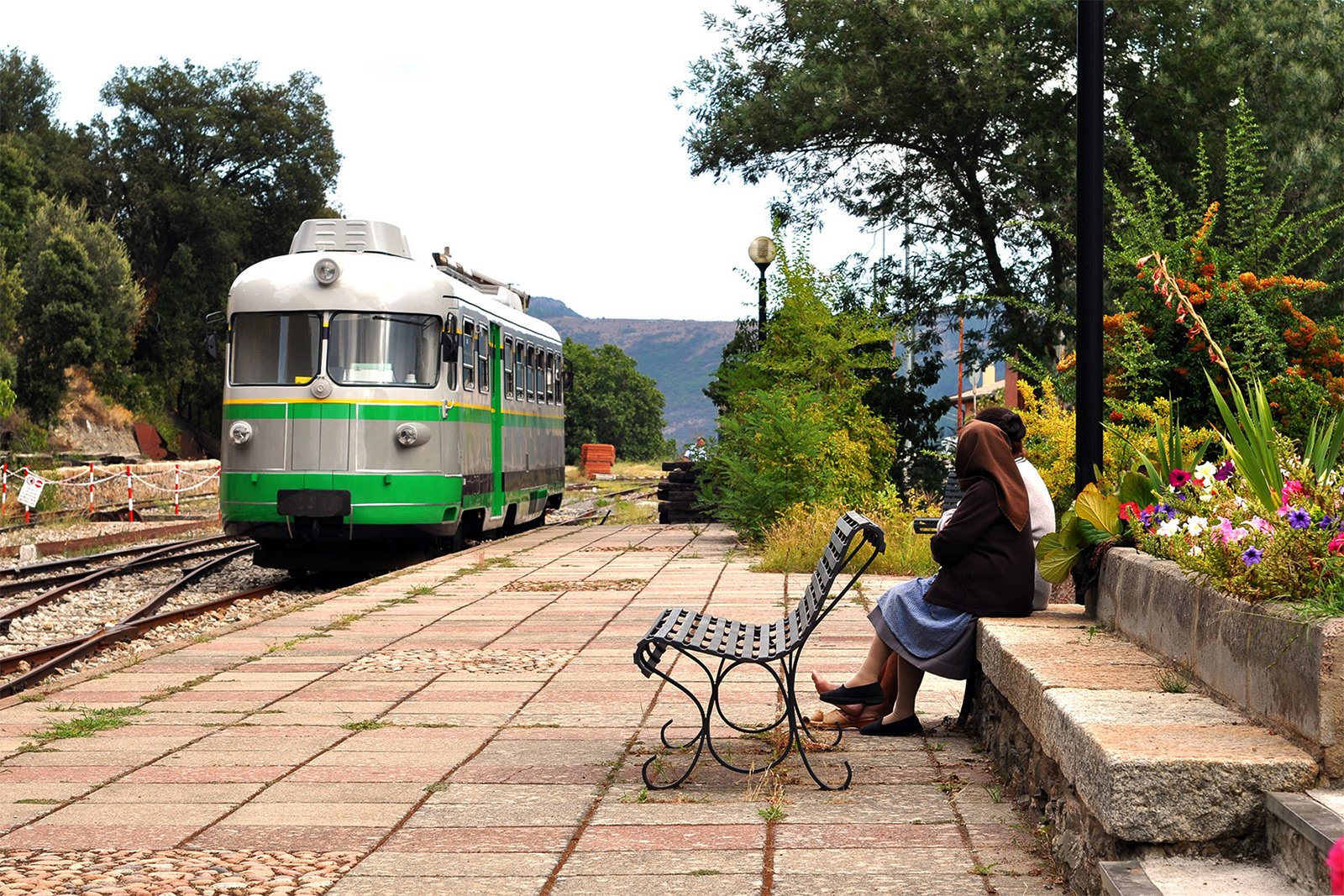 Guide to Public Transport in Sardinia

For everyone who wants to travel by public transport in Sardinia, there are numerous possibilities. From the larger cities, buses run to coastal areas and attractions in the region. You do not necessarily have to get into a taxi when you arrive at Cagliari airport, for example. Take the bus and you will be in the center of the city in no time! Or take the bus from Olbia center to Palau, the water sports paradise with its beautiful beaches! Travelling by Train in Sardinia

ARST SpA (Azienda Regional Sarda Trasporti) is the largest network operator of public transport on the island of Sardinia and one of the most important at national level. With 2500 employees, ARST SpA is one of the largest companies in Italy. The transport company manages almost all bus services in both the rural and urban areas in Alghero, Carbonia, Iglesias, Macomer and Oristano. In total, ARST has 800 buses of different sizes. The company is responsible for the entire narrow-gauge network of Trenino Verde (The famous Sardinian Green Train)

The railways are divided into 5 lines:

The ARST also manages the trams of Sassari and Cagliari (Metrosassari and Metrocagliari).

The tram of Sassari – active since 2006 – includes a line that starts at Garibaldi and ends at Santa Maria di Pisa. The stop for the railway station to Sorso is located about halfway along the route. Overview map of tram line Metrosassari  with all connections to larger cities.

The tram from Cagliari – active since March 2008 – forms the connection from Cagliari to Isili. The railway was then converted into a tram line.

Later, a newly built piece was added between the Monserrato Gottardo station and the area around the hospital and the campus of the University of Cagliari. A part is built on a viaduct with a double railway line

The tram line is divided into two sections:

Linea 1 from Gottardo to Settimo San Pietro and Linea 2 from Repubblica to Policlinico. The crossroads of the two routes is the Gottardo stop. Overview map of tram line Metrocagliari with all connections to larger cities.

All stops and stations of Metrocagliari and Metrosassari are built without thresholds.
There are aids for wheelchairs and prams.

The buses are equipped with comfortable seats, air conditioning and room for luggage.

The following routes are offered by ARST from Alghero:

Daily buses to Nuoro and Siniscola leave from Olbia airport. The services start at 06.50 hours and drive to Nuoro every 2 hours until 21.35 hours and Siniscola until 19.35 hours. The bus services are offered by ARST as well as by DEPLANO (www.deplanobus.it). The latter also drives to Cala Gonone and stops en route in the villages that are on route. There are two bus stations at the airport of Cagliari. The first bus stop is opposite the arrival hall. The buses leave here from 8.40 am to 11.30 pm. The second bus stop is at the departure hall. Here the first bus leaves at 5.20 am and the last one at 10.30 pm. The buses run every half hour. A single center Cagliari costs approx. € 0.70. Tickets are on sale at the kiosk in the arrivals hall and at the MacDonald’s in the departure hall.

Tourist tickets can be purchased by visitors to the island. They are valid from 1 June to 30 September. The ticket can be used without kilometer restriction on all ARST scheduled services except for the Trenino Verde. Tickets are available in 4 different types:

The ticket must be stamped on the first day of use. Tickets can be purchased at all ARST counters in Cagliari, Sassari, Oristano, Nuoro, Olbia, Lanusei, Guspini and Iglesias.

All information can be read on the ARST website .

Since March 21, 2016 there is also an app available. Tickets  can be purchased for a one-way ticket in the DropTicket app . Buy your bus ticket and receive the payment card directly on your smartphone! The payment will then be made via your credit card.