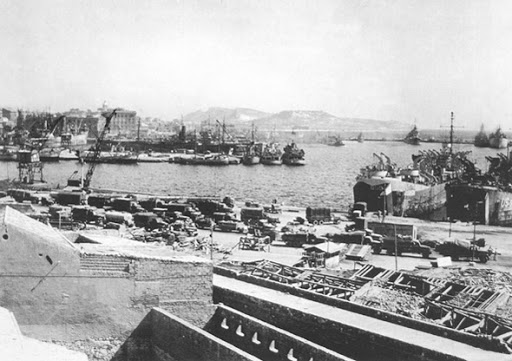 The History of Alghero, Sardinia

Alghero is a cozy coastal city located on Sardinia, one of the many owned by Italy. Alghero is a city where the past and present clash; walking around, you can see history come to life right before your eyes. From the ancient walls surrounding the city to the cobblestone roads that crisis cross between the gothic-inspired buildings, you can’t ignore the history behind Alghero.

Coming to see these impressive sites have only tell part of the story of Alghero. In this post, we will travel in time and revisit the history behind the beautiful city of Alghero and tell you why you should visit.

The Origin of Alghero

Like many of the islands surrounding Italy, the ownership has changed hands over the years. In ancient times the Carthaginians controlled the island, then the Romans. The location of Alghero and Sardinia, in general, is advantageous to any kingdom or empire. As a coastal city trade is the number one reason why this place is so important.

The Mediterranean sea is the hub of trade for the Roman world; it only makes sense to control this strategic trading post. But the city didn’t boom until the Middle Ages.

Alghero in the Middle Ages

It wasn’t until the 11th century when the city became a place of interest for mainland Italy. By this point, Italy was not united; each municipality was independent. Both the cities of Genoa and Pisa had their eyes on this vital port city. To continue trade in the Mediterranean, both towns had to protect Alghero from pirate attacks.

By the 12 century, the Doria family from Genosa would take control of Alghero. Because of this, the family built a fortress and strong walls to protect the city. These same walls and fort are still seen today in Alghero; history lives on in this beautiful city. However, these defenses would not guarantee the Doria family’s hold on Alghero. In 1353 the kingdom of Aragona seized this major coastal town.

Aragona is located in Spain in the Catalonia region; many families from this area began to repopulate Alghero. Peace came to this place once again, but this will not last long.

If you are interested in Alghero and it’s history.. the folks at Welcome Alghero are a great source of information!

This period known as the Renaissance, would bring about enormous wealth for Alghero. But this will not last as a new threat endangers the city. The people of Alghero now have to face the plague, also known as the black death. Much like the rest of Europe, Alghero was ravaged by the disease. However, by the late 1600s, the city would recover.

As the prosperity of the city grew, so would its importance in the Mediterranean. By the late Renaissance, the 1700s, through various treaties, Austria gain control of Alghero. Because so many different countries have had possession of this place, Alghero is a unique city with influences from all over Europe! These historical influences can be seen even today.

Once again, this island and city become contested as the Spanish try to lay siege to Alghero. They are successful, but they only hold the place for a short time. The treaty of London established that the Spanish could not lay claim to the city, and it is given back to Sardinia. Alghero would remain at peace until World War II and remain untouched until then.

During World War I, the city of Alghero and the island of Sardinia would be safe from the tragedy of war. During the interwar period, the town slowly grows, water and electricity are placed throughout the city. A runway for planes is even built at this time. The town maintains its ancient charms, but still blends the modern with the old.

World War II would bring destruction as the city was bombed twice during this time. Other than that, Alghero was untouched, and its history preserved through its buildings.

Alghero after the war, would eventually recover and slowly adapt to the modern world. Even with the current changes, Alghero retains the past with the preservation of the older structures. The city today remains a critical port town providing access to goods from both France and Spain. Tourism also becomes a more crucial factor in Alghero’s economy. Sporting fancy resorts, beautiful beaches, and historical buildings that will make any tourist happy to visit.

The port town of Alghero offers not only a rich history but also a beautiful destination for travelers. Here are three reasons why you should visit this wonderful port city.

The Beach of Alghero

You can relax on these beaches and even go scuba diving! If you need a relaxing time away from the hustle and bustle of a major city, then Alghero is the place for you.

The History of Alghero

What I mean about history is that you can see the past right before your eyes. You can take a guided tour of the old city and learn about the history of Alghero, trust me, it is filled with a lot of it. The tour takes you through the cobblestone streets and to all the major monuments. You will learn more than you ever could by taking the tour.

Be ready to see a lot in Alghero, from the fort, the walls, the belltower, and even the churches that make the past come alive.

Not only are the beaches and old city gorgeous, but the island sports beautiful scenery. Sardinia has beautiful cliffs where the ocean waves slap against rocks, Alghero has some of the most beautiful cliffs of the isle. Visit the caves along those cliffs; you will not be disappointed.

Don’t forget to visit the nature park in Alghero; if you love nature and hiking, this is the place for you. Even if you are not a hiker, then visit the park and take in all the natural beauty this place has to offer.

At the end of the day

If you want to experience the history of Alghero, then come to Sardinia. You will not be disappointed by coming here. This place offers so much history and fun for travelers.

Much of this history can be seen through the buildings of the old city. The unique location has created a mix of Italian, Spanish, and Austrian backgrounds. This alone will be enough for you to visit.

Come and see what Alghero, Sardinia has to offer. Click here for a great selection of Apartments and Villas for rent in Alghero!

Alghero, the northwestern gateway to Sardinia